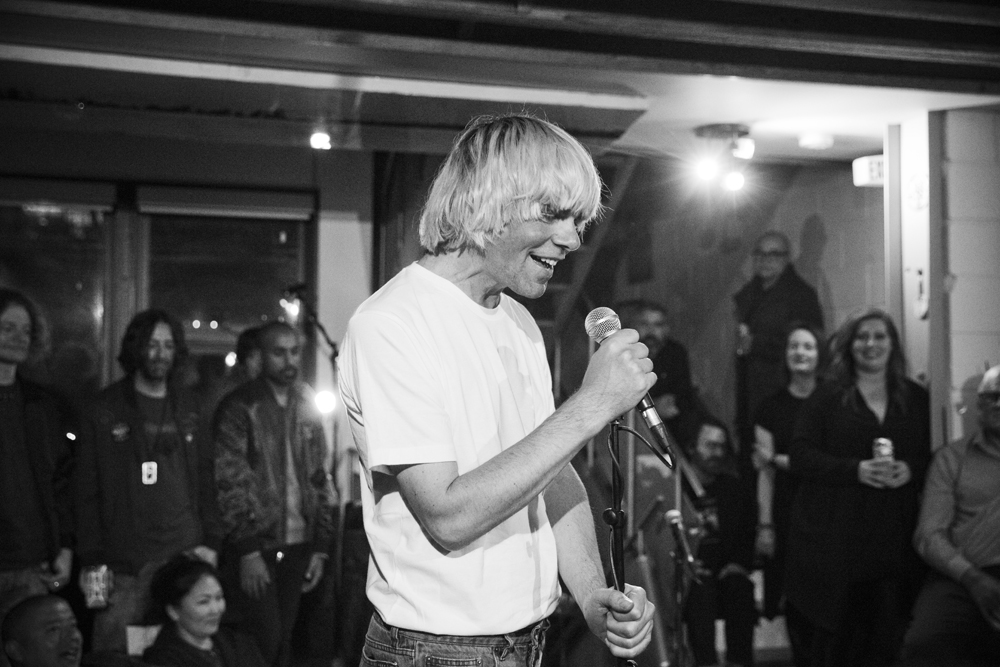 The Strombo Show kicks out the jams for you on this Sunday‘s edition.
The Charlatans outlasted both the Madchester and Britpop scenes. On their higher level, twenty-seven years since they first earned a number one album and through the loss of two members, they perform a rare acoustic duo session from the House Of Strombo. Their biggest songs. Their latest cuts. Memories of their origins, their road miles and they’ll be joined by Vancouver’s own FRANKIIE to cover a modern west-coast anthem. It’s truly a special one, hearing The Charlatans without the Hammond.

Wayne Kramer once said, “Who do I see when I look in the mirror? I had to take time and find out that I wasn’t who I always thought I was. If I look back at my track record, I was kind of a prick. A pushy, shovey, driven, self-obsessed, self-seeking young man.” It’s been a long strange trip. George sits down with the guitarist that founded The Motor City Five, the emerging punk force that formed protests and guided a new direction of musical approach. To celebrate their 50th anniversary, Kramer revived MC5 with members of Soundgarden, Fugazi, Faith No More and Zen Guerilla. He takes a moment to strum George’s nylon stringed guitar and talk about his work providing instruments to prisons with Jail Guitar Doors project, radical politics, jail jams with Red Rodney, sobriety, the value of free jazz, collaborations with Johnny Thunders, GG Allin, the Black Panther Party, his thoughts on the new guard with Rage Against The Machine, Eminem and beyond.

Nilüfer Yanya grew up with Turkish, Irish and Bajan heritage in West London have undoubtedly informing a sound that has not only earned accolades from BBC and Pitchfork, but footing on stages with her musical idols. All at 22-years-old. She brings her songs into the House Of Strombo, following her stripped-down and honest performance on our JONI75 special.

Jay Soule is from the Chippewas of the Thames First Nation (Deshkaan Ziibing Anishinaabeg). He also goes by the name Chippewar to create his art, representing the hostile relationship that Canada’s Indigenous have with the government over their land. He designs and prints some beautifully loud artwork and apparel with a message. He’ll explore his story and spin some of his favourite songs with George.

We’ll also be visited by our friend Kandle and Strombo will premiere new music from former member of The Posterz, Kris The $pirit.