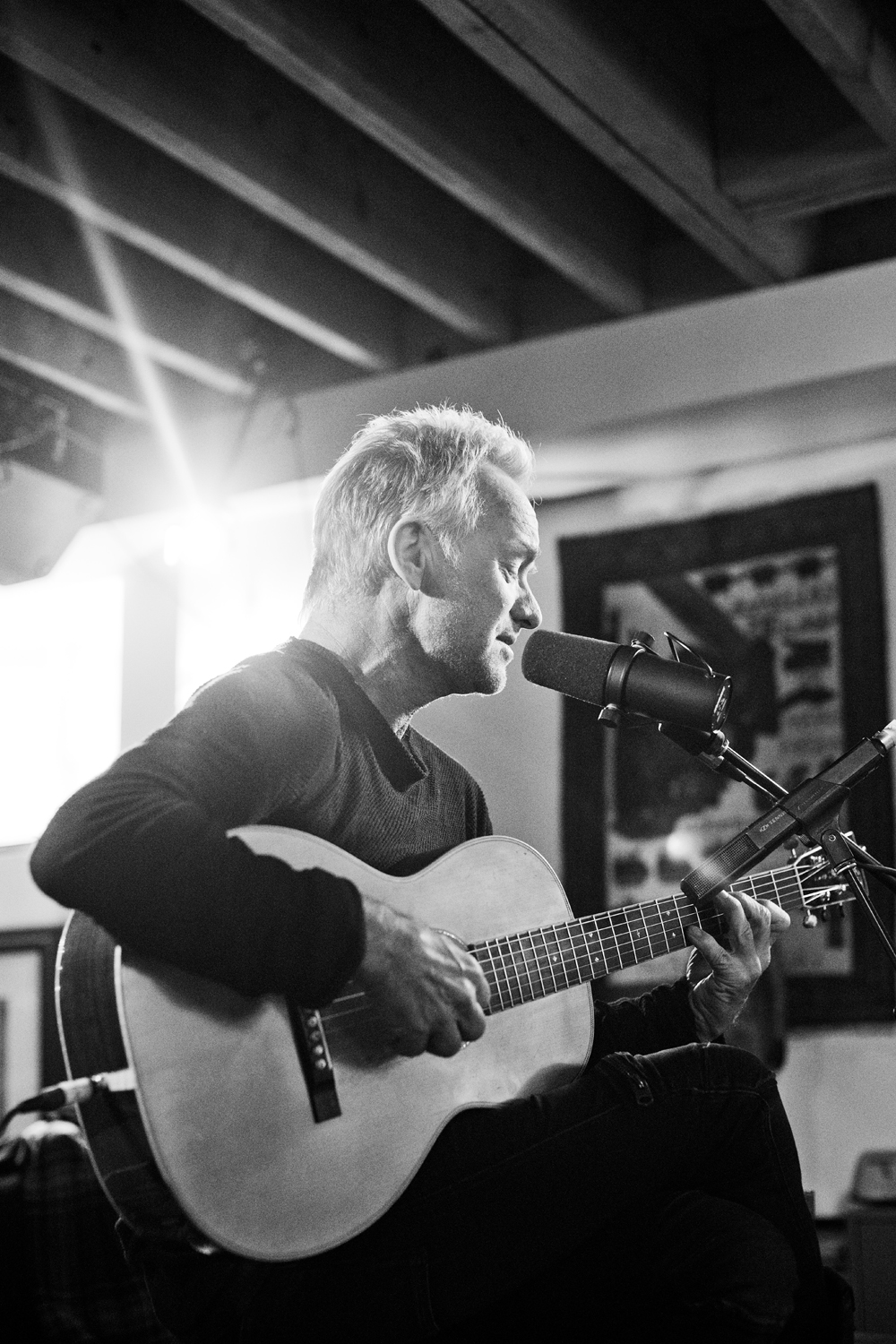 Sunday night is for surprises.
Richard Reed Parry is perhaps the most visible extra-curricular member of Arcade Fire. He has experimented with orchestral undercurrents, produced records by other indie powerhouses and finally delivered a follow-up to his debut with a majestic two-parter. In his return to the House Of Strombo, Parry brought songs from ‘Quiet River Of Dust, Vol. 1’, which was released on the autumn equinox and tells stories of ghosts, English folk, Japanese death poems and he’ll unravel it all with George. As a bonus, he delivers a cover of Mary Margaret O’Hara for the ages.

Sting has spent the last decade performing emotional archeology upon his town’s shipyard, sitting in the back of the Broadway audience to take notes and tracing his own story through the process. This all resulted in the crafting of his musical, The Last Ship. On its premiere night at Mirvish’s Princess Of Wales Theatre, the standing ovation included his friend Shaggy, with whom Sting recently earned his seventeenth Grammy Award for their collaborative reggae album, 44/876. Needless to say, Sting is in a creative resurgence. In a very rare solo acoustic performance from the House Of Strombo, he brings his songs from The Last Ship, his fantastic hymn “Fragile” and an open heart to discuss the power in community, identity and the complicated relationship between him and his father.

Witch Prophet is a self-managed, queer, Ethiopian/Eritrean, singer-songwriter, the CEO of Heart Lake Records (FKA 88 Days Of Fortune) and member of feminist-based electro dub hop group Above Top Secret. She’s also a mother. You might have found her trademarked soundscapes colouring work with Shad, Fucked Up or Lido Pimienta, but she cemented her own place with her debut full-length The Golden Octave. We’re lucky to share with you the reveal of her ode to ancestry and in conversation with George, she details the choice to say ‘yes’ to the magic of life and spin the records that tell her story.