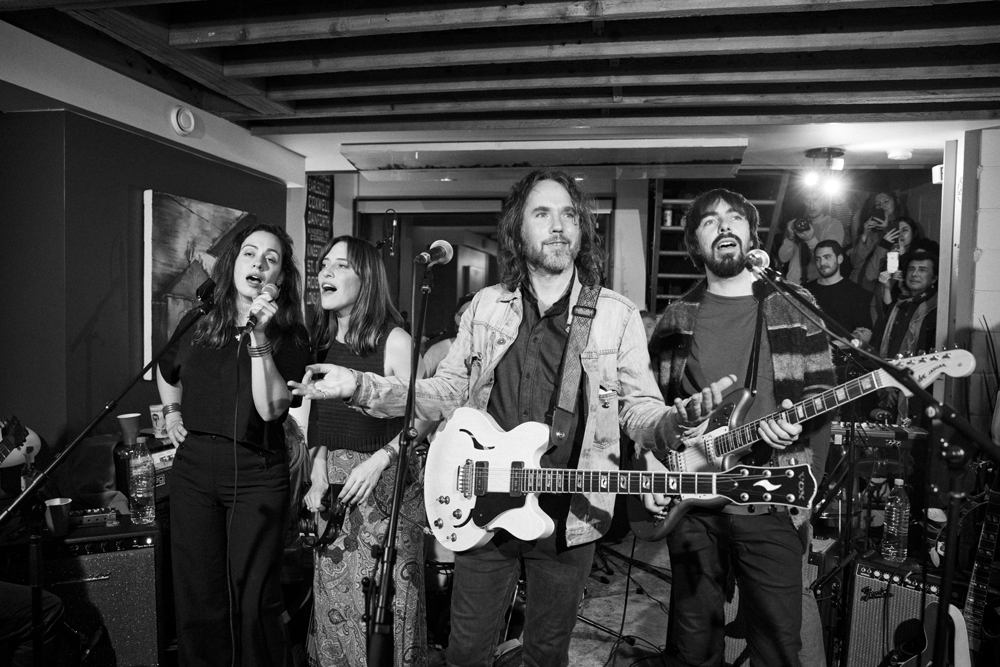 This Sunday night is for music lovers.

Broken Social Scene, joined by Feist and Jason Collett, celebrate and tease new music and revisit some of their biggest songs in the House Of Strombo. An institution in Canadian music, Social Scene reunited with the album “Hug Of Thunder” in 2017 and have been bringing their show around the world since. We have previously welcomed members’ other projects — including Do Make Say Think, Kandle, La Force and Stars — but this time, they all come together in one of our most triumphant sessions.

Chastity is Brandon Williams from Whitby, Ontario and his album “Death Lust” is one that George declared, “gives me hope.” Brandon is a devout DIY mind, creating art and concert series in his hometown to build a community and through his songs, he challenges the systemic racism that hometown breathes. In an exclusive reveal of his stringed quartet arrangement, Williams unravels haunting renditions of his songs.

Nikita Austin feels music with her body through vibration, whether it is the piano, the steel drum or the flute. As a student of the Regent Park School of Music, a non-profit community school, she has honed her craft to fight against her consistent loss of hearing. She visits the House to bang the drum and chat with George about her absolute passion for music.

We’ll also welcome our friend Ben Kowalewicz of Billy Talent to reminisce about the legendary Pete Shelley of Buzzcocks and their first American tour, supporting the punk heroes. And you might know her from our HIP30 and JONI75 specials, the wonderful Charlotte Cornfield reveals her new song for you.