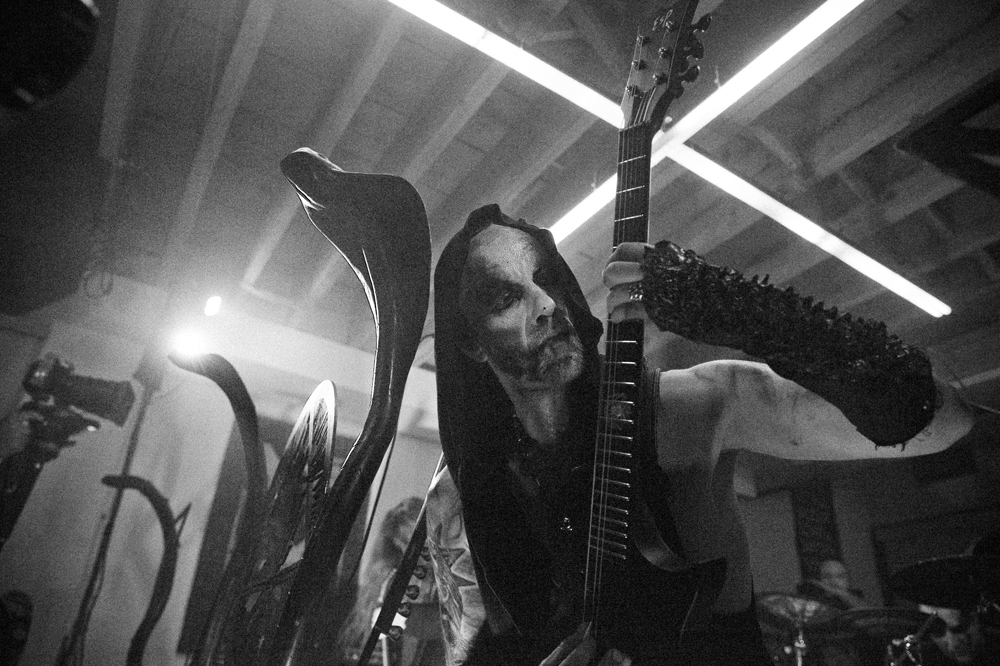 We raise hell in the House Of Strombo this Sunday evening.

Behemoth are monsters of their craft. They are Polish extreme metal lifers. They have weathered death threats, stood trial before Poland’s Supreme court and conquered cancer and released eleven albums. Their leader Nergal sits down with George to endeavour into his headspace of fear, loneliness, acceptance and relentless ambition to self realize before they deliver an apocalyptic storm of sound in the most evil session that we’ve welcomed into the House Of Strombo. An audience arrives in corpse paint and we will reach unprecedented levels of distortion and madness.

Grand Analog are self-described as a raw collective of seasoned record collectors, musicians and self-described beat junkies. Their emcee Odario and George go way back to talking wax outside gas stations and that passion is reignited in Grand Analog’s first visit to the House to cover Joni Mitchell for our JONI75 and to celebrate the release of their Donna Summer EP and Survival EP.

Peter Mansbridge sits down with George to discuss his upcoming project, Peter Mansbridge: In Search Of Human Rights. The former CBC News chief correspondent and friend of the show details his journey to understand the state of human rights and who is defending them. He sought out to answer those questions in his first independent documentary through conversations in Kenya, Guatemala, Greece, China, Germany, Hungary, Turkey and Canada. In conversation with George, Mansbridge talks about the documentary process, life after the news desk, the current political climate at home and the United States and his undeniable appreciation of Drake.

We’ll also be joined by Chief Kelly LaRocca, the Chief of Mississaugas of Scugog Island First Nation, to spin some of her favourite records from Childish Gambino to Elisa Jayne, the jazz that she was force-fed and early days in her punk band, Tit Sweat.

Tell all your friends where the flames rise.