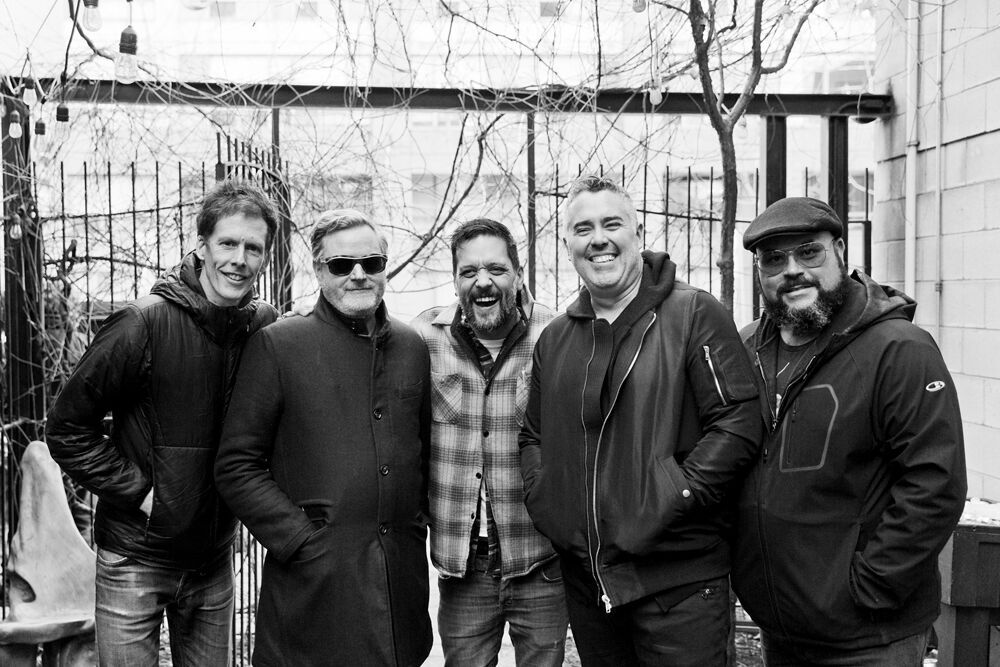 With mammoth hits and melodies that put you in a stranglehold, Barenaked Ladies are the Canadian institution that are truly the first indie success story in this country. Since that famous “Yellow Tape”, they’ve sold over 15-million albums worldwide, wrote the theme song for the biggest American comedy show, continue to give back with initiatives such as Plus1, MusiCounts and they continue that legacy with the recent release of their fifteenth album, “Fake Nudes.” In an incredibly intimate session, the BNL jam their biggest songs to an audience of fans and Canadian musicians from throughout their career and reflected on their 30-years with George. They’re joined by friends Fred Penner, Maestro Fresh Wes and Sloan’s Chris Murphy on a few of the classics.

Denise Donlon, this year’s recipient of the Walt Grealis Special Achievement Award, joins George for a one-on-one exploration. She is only the second woman to earn the award, following radio trailblazer Rosalie Tremblay in 1984. Donlon and George discuss the ongoing gender-parity movement, the current state of the Canadian music scene and her badass career as one of the most fascinating people in the industry, from hosting a campus radio station, tour-managing Headpins on the road with Whitesnake to her innovative contributions as VP/GM at MuchMusic, becoming the first female president at Sony Music Canada, her time as the executive-director and general manager of CBC English Radio and her ongoing work alongside initiatives, which include War Child Canada and Swim Drink Fish Canada.

In an incredibly rare performance session, Do Make Say Think celebrate their JUNO-nominated album, “Stubborn Persistent Illusions.” The post-rock collective formed twenty years ago in Toronto and have consistently approached their music with a fiercely independent self-production with the core remaining: Ohad Benchetrit, David Mitchell, James Payment, Justin Small and Charles Spearin. We welcome the songs of their first album in eight years, their zen approach and they serve up an unexpected cover of an instrumental classic.

We’ll revisit some recent House Of Strombo performances and conversations with this year’s JUNO nominees including The Beaches, Clairmont The Second, Iskwe, Jessie Reyez, Kid Koala, Land Of Talk, Leif Vollebekk, The Weather Station and WEAVES.