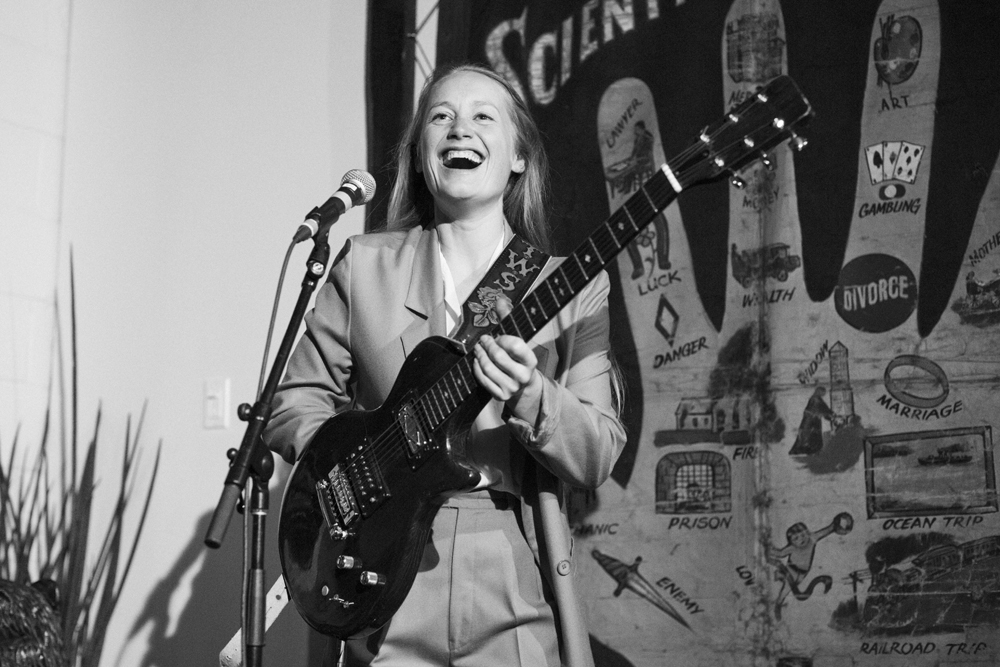 Legends and next generations continue to gather in the House Of Strombo.

Spiritualized’s leader Jason Pierce sits down on the back porch of George’s home in Topanga Canyon to discuss what he thought would be their final album, And Nothing Hurt. It was a six-year journey for the king of controlled chaos to create the record, breaking himself down through the sonic exploration. In conversation with Strombo, he details his recording techniques, the value in patience, the life within records, learning one’s limitations and if it is the end for Spiritualized.

Snotty Nose Rez Kids are a force from the Haisla Nation of the Haisla kala speaking people that earned the short list at this year’s Polaris Music Prize for their relevant record, The Average Savage. They are one of Strombo’s favourite voices today. Earlier this season, The Rez Kids joined Jeremy Dutcher and Partner for a Polaris Artists Cauldron. In their return to the House, they go in on their Eminem appreciation, their work with Tiny House Warriors, suicide, their anti-pipeline anthem and they’ll unravel their Offset cover with DJ Kookum.

The Weather Station crafted a statement with her self-titled and self-produced record. One that cements her position amongst the best singer-songwriters in the country. She’s joined us before to cover Neil Young, collaborate with Bernice to cover Joni Mitchell and performed on last year’s A Very Special Strombo Holiday Special alongside Hannah Georgas and Luke LaLonde of Born Ruffians. With her incredible band, Tamara Lindeman returns to the House Of Strombo. This time, with her own songs to tell her own story.

We’ll exclusively premiere new music from Man Meets Bear and Twist. In the spirit of the year-end perspective, we’ll revisit some of the best covers that have been performed in the House Of Strombo, including Charles Bradley‘s powerful Neil Young rendition, Spoon‘s David Bowie reimagination, Jeremy Dutcher‘s delicate approach to Joni Mitchell, Kate Tempest‘s take on Bob Dylan and many more.