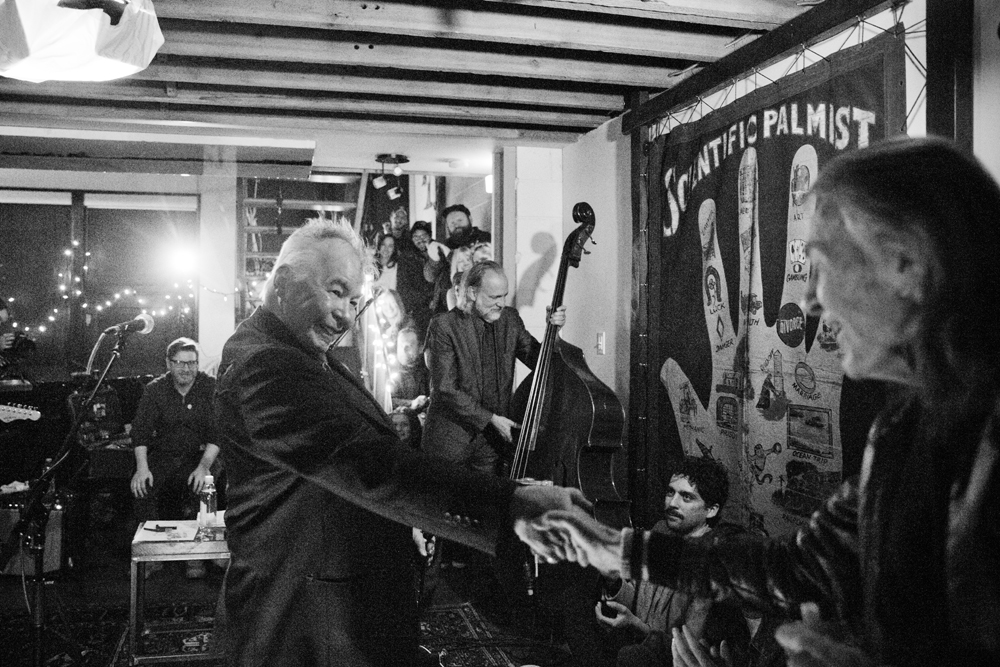 Legends and next generations continue to gather in the House Of Strombo.

John Prine is one of the world’s most integral word slingers. He’s king of the songwriter’s songwriters, one that Bob Dylan described as: “pure Proustian existentialism. Midwestern mind trips to the nth degree.” In one of our most warm and intimate sessions, Prine shares his stories while strumming his hymns of yesterday, Merle Haggard and of his Grammy-nominated album, The Tree Of Forgiveness. His inimitable impact was identified through the cavalcade of musical legends that walked in the door to the House Of Strombo, lead by Gordon Lightfoot himself and followed by those that included Basia Bulat, Blue Rodeo, The Dirty Nil, Hollerado, Jim Bryson, Matt Mays, Sam Cash, The Strumbellas, Terra Lightfoot and The Weather Station.

Dizzy are three brothers and a close friend since 9th grade math class, Katie Munshaw, from Oshawa. They make music “to combat the anxieties of this provincial ennui” that we first heard covering The Last Time I Saw Richard on our Joni Mitchell 75 Special earlier this season. With their debut album Baby Teeth unleashed, they meditate on the feeling with George and strip-back their day-dream arrangements at the piano.

Also on the ivories tonight is our friend, Jean-Michel Blais. He was evicted from his Montreal apartment earlier this year, a space that hosted pop-up concerts and was immortalized on the cover of his debut album. He’s documented one final session in that room on his recent Eviction Sessions EP, the follow-up to his Polaris Prize-nominated, dans ma mains. With wit and presence, Blais brings us into his world by transforming George’s piano, discussing the therapeutic power of music for his Tourette symptoms, why he quit the conservatory and his work within South American orphanages.

George brings four hours of commercial-free, algorithm musical exploration to you, including an appearance from our friend Dallas Green and a tip of the hat of the two mighty Kathleen’s – Hanna and Brennan.