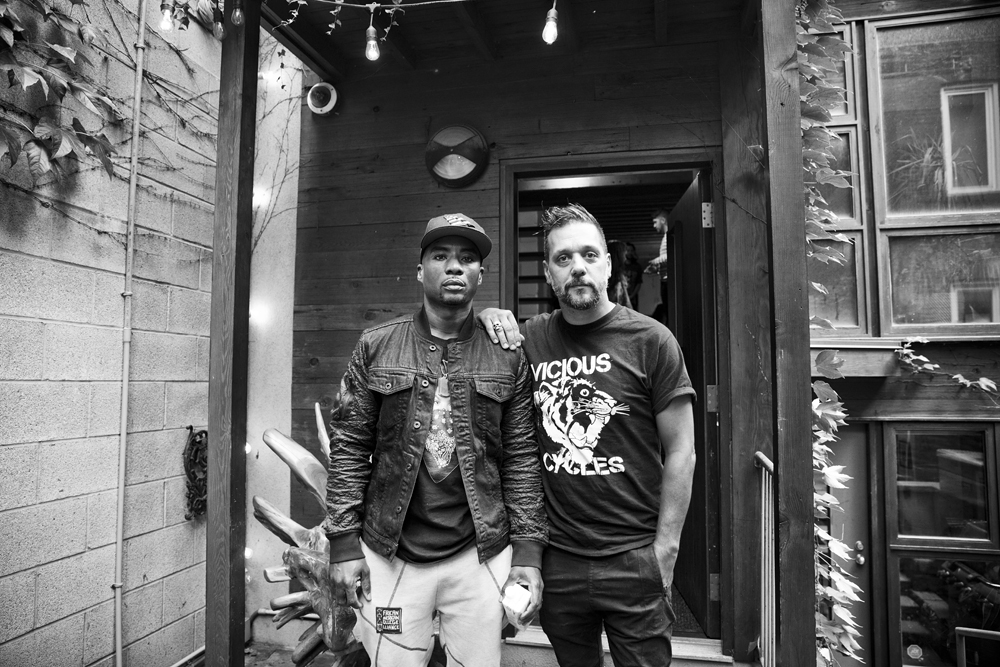 Tonight is for the quest of freedom.

Charlamagne Tha God came by while in Toronto for the Toronto International Film Festival’s premiere of Bodied. With George, he digs into being a young failed criminal, why he was fired several times from radio, finding his voice, Oscar De La Hoya, how Bodied is a vehicle for racial wars, homophobia, sexism in battle rap, how Donald Trump empowers bigots, the behind the curtain in America revealed, the frequency that the earth is vibrating on, Cardi B, Drake, the legacy of Jay-Z, what makes a great artist, how Kendrick Lamar reignited black consciousness, how his phrase “shoot the club up” originated, the difference between being a pervert and misogynistic, learning to respect through his wife and daughter, Beanie Sigel, lyricism in hip-hop, claiming that Kendrick is the best of this era, how Big Sean is the best of this moment, how he’s suspect of white rappers the way that police officers as suspect of black people, Vanilla Ice, Beastie Boys and more.

James Franco visits the House of Strombo to celebrate his new film The Disaster Artist during Toronto International Film Festival. He discusses his appreciation of The Wire, how he approached “the best worst movie ever made,” telling the universal story about dreamers on the outside, the soul of The Room‘s Tommy Wiseau, choosing to honour other artists, Basquiat, Pollock, the addiction and pitfalls of public persona, relieving ego to find happiness, recognizing workaholic and escapism tendencies to find happiness, what’s on his work-out playlist and putting focus on fewer places.

Lucy Rose recently opened a new chapter with her album Something’s Changing. She visited the House to perform stripped down renditions of her new songs, cover her sister-in-law Rae Morris and talk about on the reckless decision to stay in people’s houses on tour, music as a healing tool, conversations with tour mate and champion Paul Weller, her exploration of Latin America that informed this record, self-realization through the politics and sexism, her previous label wanting her to sound like Lorde, risk taking, choosing to leave the major label system, learning to believe in her creations, the vulnerability of Joni Mitchell‘s Blue and Neil Young‘s records teaching her that an imperfect voice is okay.

We’ll deliver 3-hours of uninterrupted music for music lovers by music lovers, including appearances from Aron D’Alesio and The Meligrove Band.