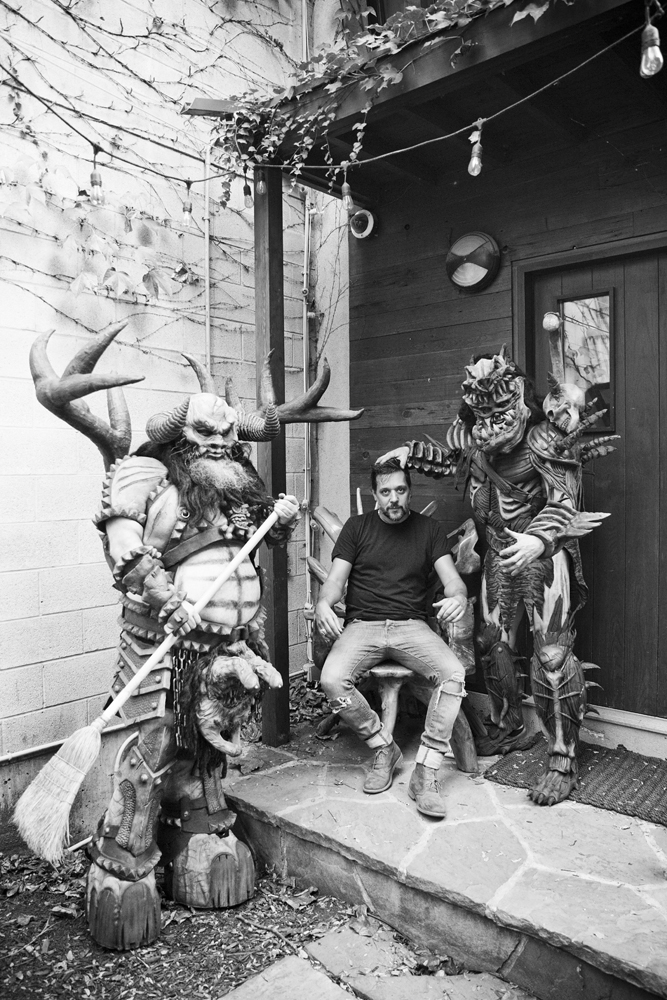 Alan Doyle has a new album (A Week At The Warehouse), a second book (A Newfoundlander In Canada) and an infinite vault of stories. In conversation with George, he explores his nice guy reputation, working with Bob Rock, his love for metal and holiday traditions. All the while performing several tracks, including a cover of Ron Hynes’ “I’ll Be There Christmas Eve.”

GWAR are thrash metal’s answer to Spinal Tap. They were formed at Virginia Commonwealth University in Richmond as an experiment in marketing strategy by several musicians, art students, and dancers. Recently unveiling The Blood of the Gods, their fourteenth album and first without founding member Dave Brockie (Oderus Urungus). In the reality of the world’s violence that has become more constant, we get into the challenge of their process to prepare shock levels, misogyny and if they’d run for office.

Serena Ryder enters Utopia with George — celebrating the next, but also the beginnings from the first teacher to the first cassette and the first guitar. Her collaborator Shawn Hook joins for a stripped down performance of her song “Sanctuary” and Serena delivers an exclusive rendition of her favourite Tina Turner anthem.

We’ll deliver 3-hours of uninterrupted music for music lovers by music lovers, including a premiere of new music from Zaki Ibrahim.